Doughnut Economics, a book of Kate Raworth telling that a healthy economy should be designed to thrive, not grow. The intention of this blog is to give you the desire to read it and apply such different thinking.
Leadership
3 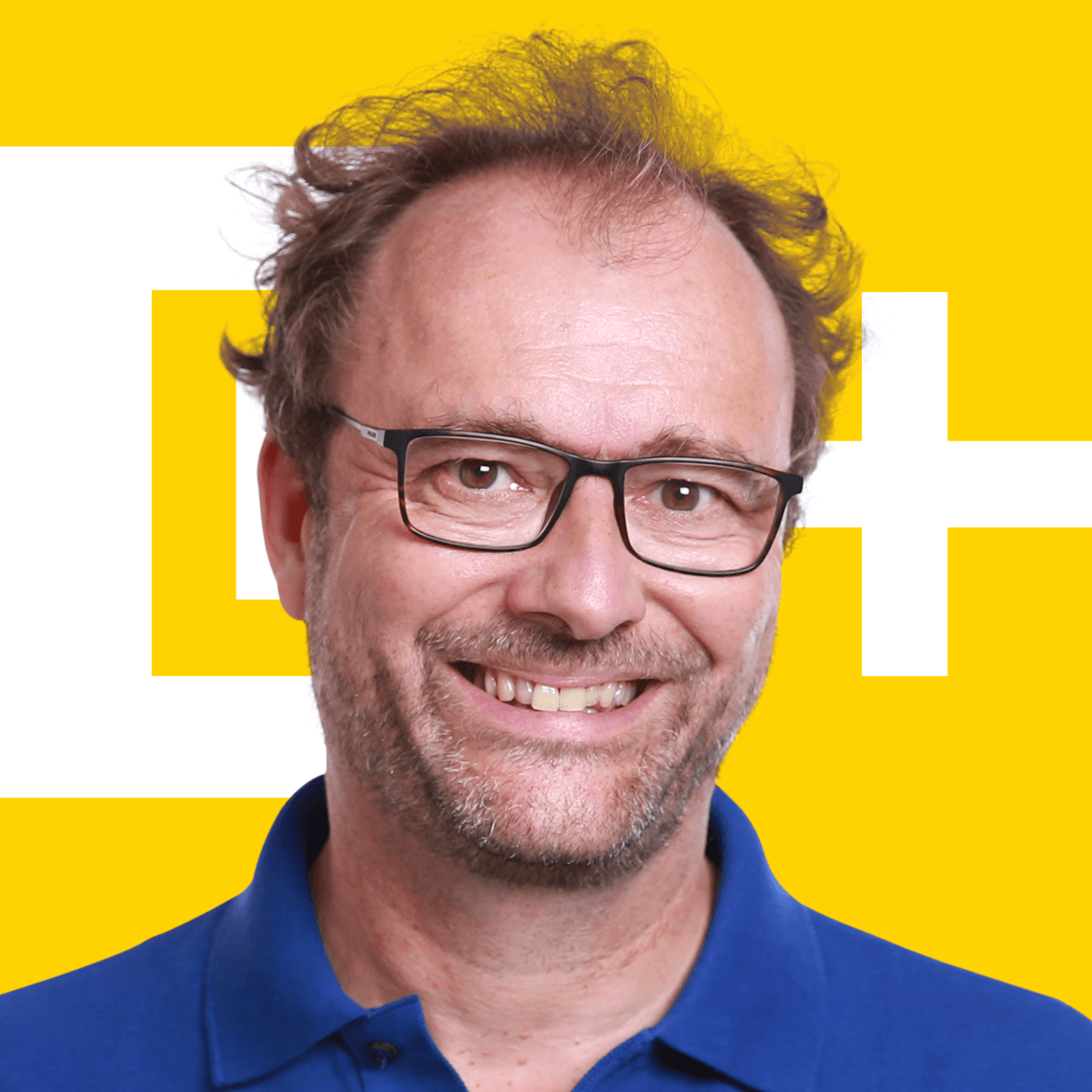 Kate Raworth’s Doughnut Economics caused quite a stir when it cameout in 2017 and continues to be an important book in the field of sustainability. It has been translated into 18 different languages and has served as a reference point for numerous organisations, from the UN General Assembly all the way across to the Occupy Movement. As an Economist first and foremost,the book approaches not just the fundamental environmental and social issues facing the world, but the role that mainstream economics has played in leading us down these paths. As she states early on in the book, ‘a handful of out of date, blinkered, or downright wrong diagrams have wordlessly but powerfully framed the way we are taught to understand the economic world’. Despite the various critiques offered in the book, Kate Raworth views economics as central to creating a better world. The picture painted in the book is that of a subject originally focused on dealing with the important problems facing the world that was seemingly hijacked over the 20th Century. What is in order therefore is both a revision and a realignment of purpose.

Fundamental to this realignment is the repositioning of humanity within rather than outside of nature. It calls for a multidisciplinary approach to global environmental and social concerns and underlines the need to look at complex and unpredictable systems holistically rather than simply through the narrow lenses offered by our respective academic fields. It is primarily this ethos that makes the book such an important text within sustainability. The central focus of the book - the Doughnut - is an elegant and elementary example of precisely this way of thinking, drawing humanity in its correct position within the earth system, and emphasising the need for equilibrium and balance.

Raworth sets the stage early on for both the book and sustainability in general, in the form of three contemporary aberrations -poverty, inequality and environmental degradation. She writes that roughly 1 in 9 do not have enough to eat and in 2015, more than 6 million children under the age of 5 died, half of whom died from easily treatable illnesses. Two billion people live on less than $3 a day. Alongside this, the world’s richest 1% now own more wealth than the other 99% put together. Global average temperature has already risen by 0.8°C and we are on track for an increase of almost 4°C by 2100, threatening a scale and intensity of floods, droughts, storms and sea-level rise that humanity has never before witnessed. Environmental concerns extend far further than climate. Around 40% of the world’s agricultural land is now seriously degraded and by 2025 two out of three people worldwide will live in water-stressed regions. Meanwhile over 80% of the world’s fisheries are fully or over-exploited and a refuse truck’s worth of plastic is dumped into the ocean every minute. Under business as usual projections, things are likely only to get worse, with the global population expected to reach almost 10 billion by 2050.

In essence, the book offers the reader seven ways in which we can combat these problems, with a chapter devoted to each in turn. Each chapter centres around a faulty belief or dangerous misconception, tracing their origin, history and evolution, whilst simultaneously highlighting the various alternatives that have been pushed to the wayside. What is striking about the book is that many of the most prominent and celebrated economists through history viewed economics in a rather different light to what it eventually became, and in a vastly different way than proponents of Neoliberalism would care to admit. Even as far back as ancient Greece, distinctions were made between economics as a form of “household” management, and the pure acquisition of wealth. John Steuart, describing Political Economy back in 1767, wrote that the science was designed first and foremost to “secure a certain fund of subsistence for all the inhabitants, to obviate every circumstance which may render it precarious”. Adam Smith, the grandfather of contemporary economic thought, viewed the economy as having “two distinct objects: to supply a plentiful revenue or subsistence for the people, or, more properly, to enable them to provide such a revenue or subsistence for themselves; and secondly, to supply the state or commonwealth with a revenue sufficient for the public services”.

Throughout the 20th Century, from Kuznets’ GNP to the distorted representation of humanity depicted in “Rational Economic Man”, there was an explicit understanding from the economists behind them that they served only very limited purposes and described only very partially who we are and what we value. At many times, the positions of the economists behind our most valued economic ideas are not all that divergent from the beliefs of historical visionaries such as John Ruskin and Gandhi, and point to something that we would call wisdom.

Any such wisdom, any guiding humanitarian and ethical principles found in economics during its early development were stripped away by Neoliberalism - the dominant ideology of the latter half of the 20th Century.This set of beliefs reshaped economics as a “value-free zone”, in which insatiable greed was celebrated, and the only responsibility of the corporation was the generation of wealth. The key message of the book is that this ideology has not made us happy - we spend money on things we don’t want to impress people we don’t know. Doughnut Economics is an exploration into how we can refind our way.

The solutions are, of course, far from simple. But the underlying strength of the book is its ability to avoid being pulled into the increasingly partisan and contested arguments so dominant today, instead focusing on what we can all agree on. What we need,rather than simply the acquisition of goods and a focus on growth at all costs, is a new era in which we return to the basic questions that govern our lives -whether we are happy, whether we are connected to our communities and to our environment, whether we give back rather than simply take, and whether we have mastery over our own lifes. The book calls for a return of economics to its original purpose - summed up perfectly by the 20th Century economist John Maynard Keynes - namely, to create a world in which we are free to concentrate the heart and the mind on the things that really count, the problems of life and of human relations. 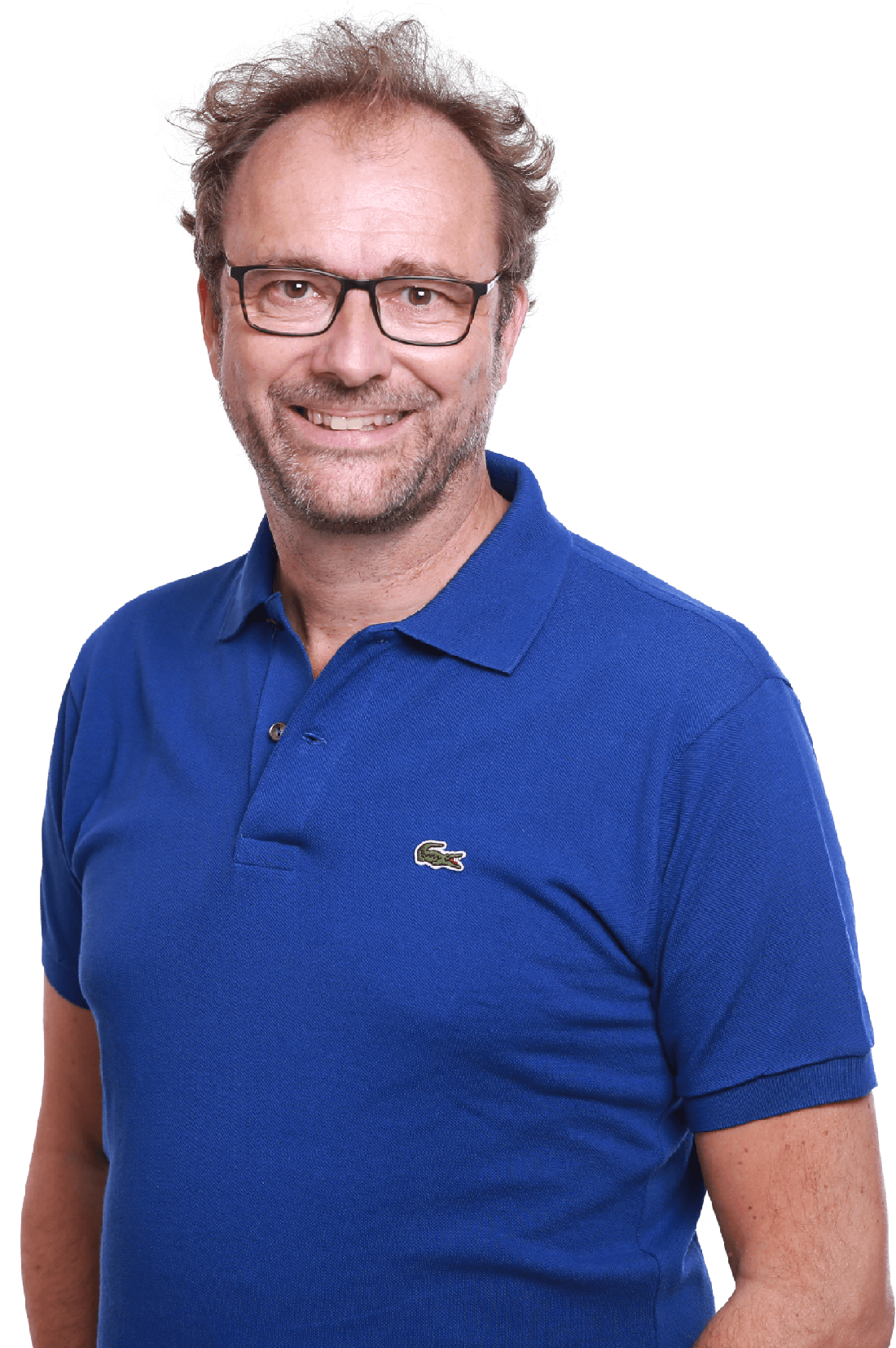 Supporting the managerial transformation at the individual, team and organization levels with tailored creative leadership programs. 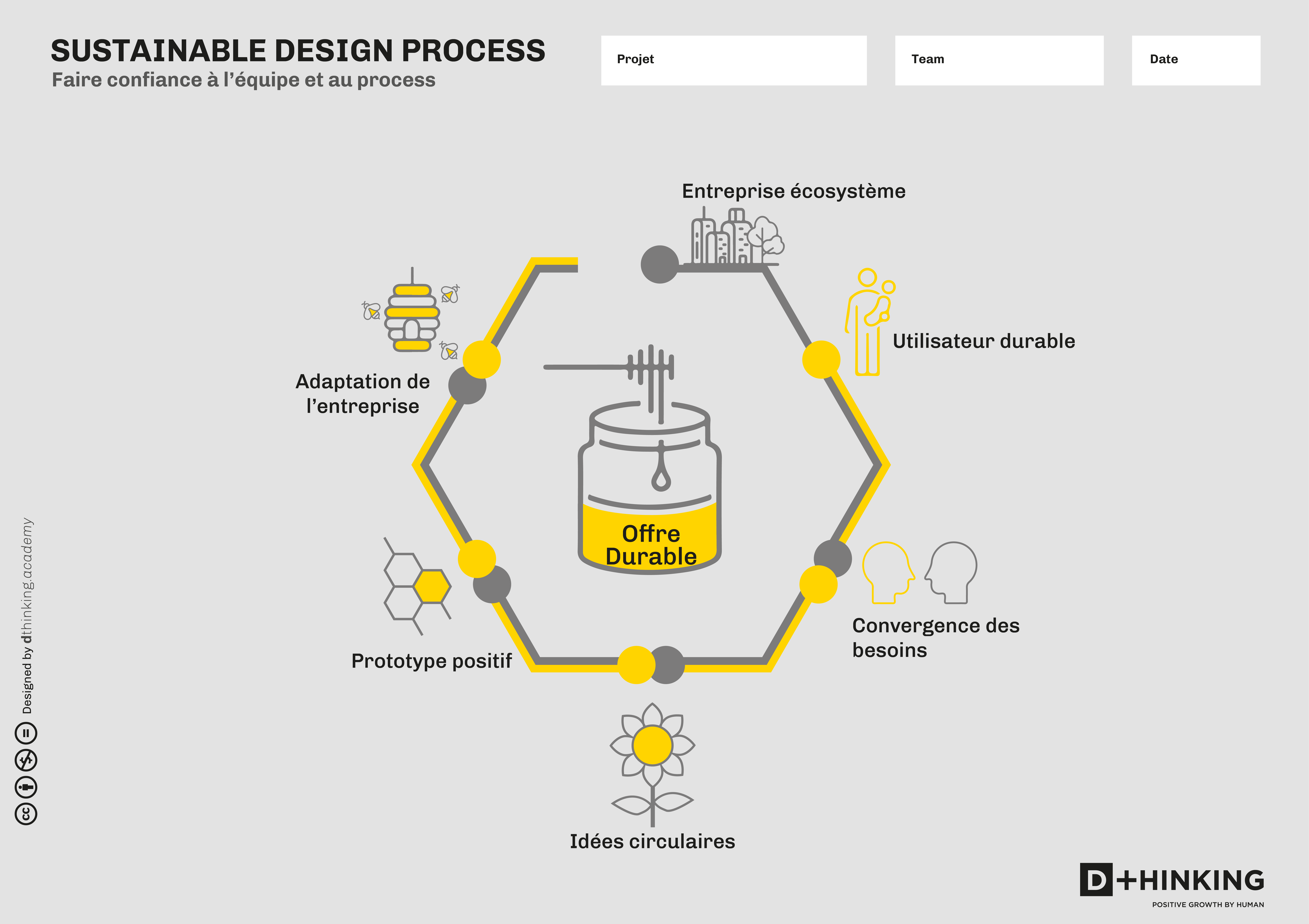 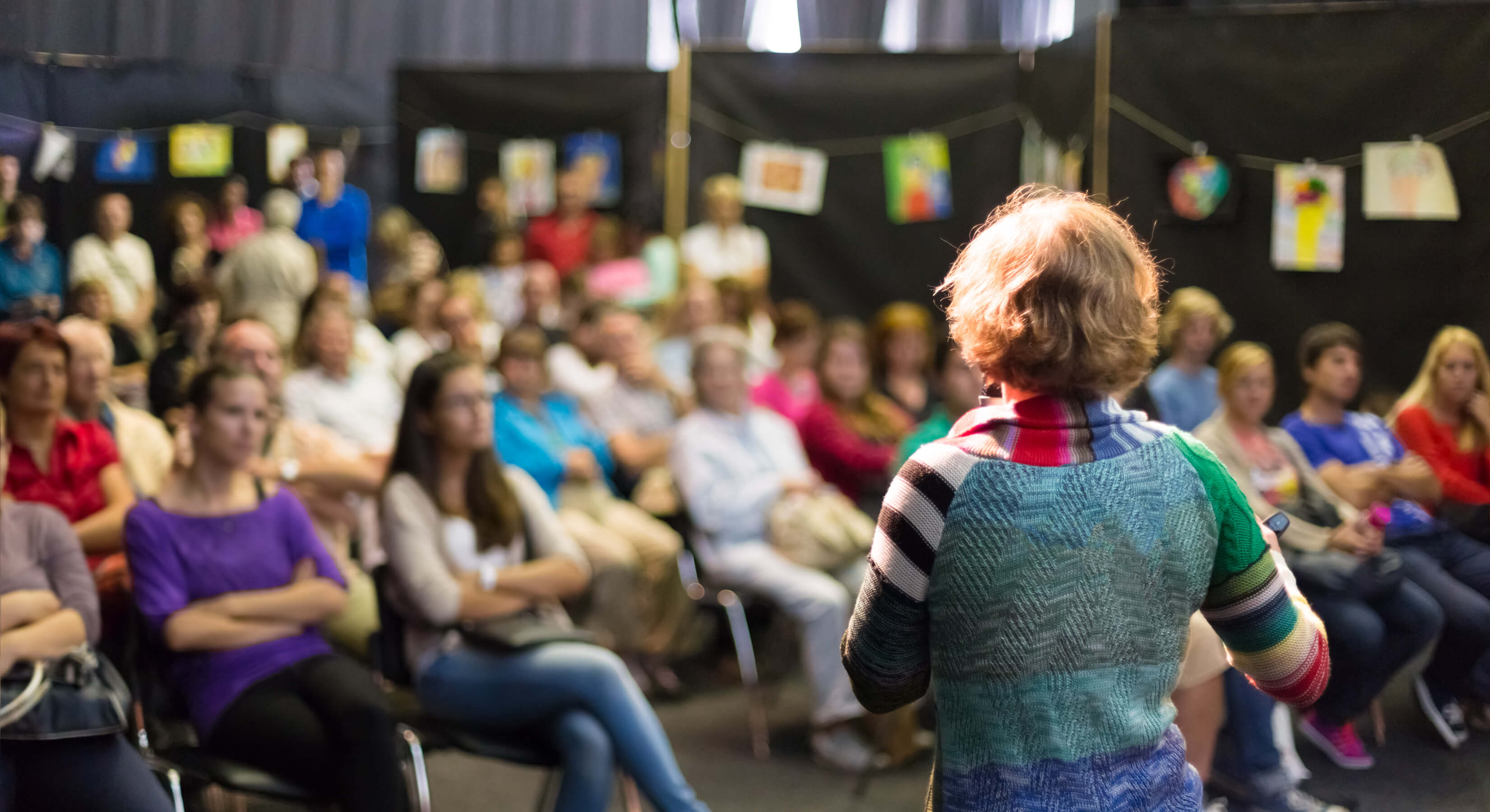 Newsletter
Thank you! Your submission has been received!
You can also subscribe to one of our next webinars.
Or you can follow us on your preferred social media:             Linkedin | Youtube
Oops! Something went wrong while submitting the form.
[[en]]By continuing your visit, you accept the use of cookies intended to measure and improve the performance of the site and to optimize your navigation.
[[fr]]En poursuivant votre visite, vous acceptez l’utilisation de cookies destinés à mesurer et améliorer la performance du site et à optimiser votre navigation.
[[en]]TO KNOW MORE
[[fr]]EN SAVOIR PLUS[[en]]I accept
[[fr]]Accepter